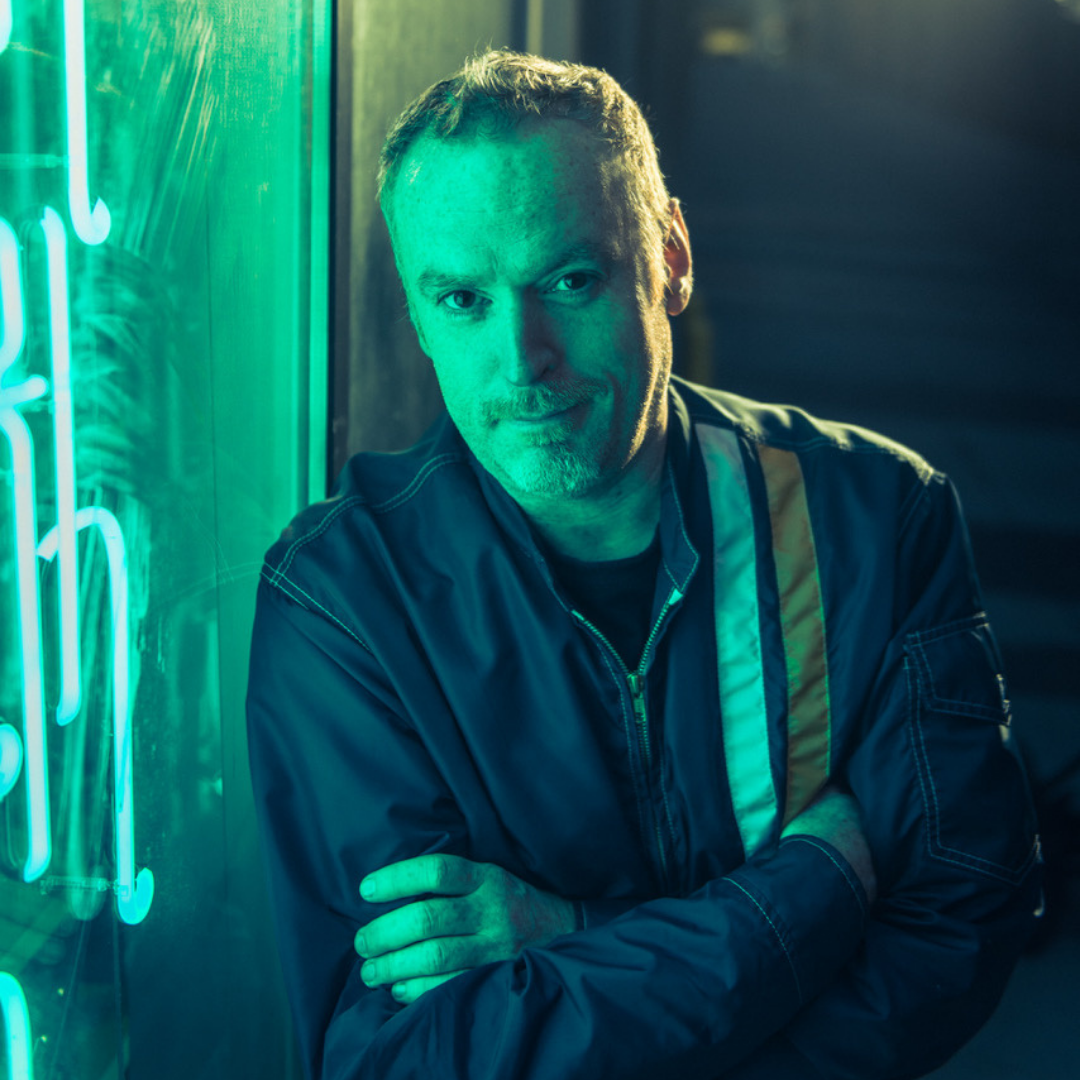 Returning as guest host is AARON CHAPMAN is a writer, historian, and musician. Chapman was host and one of the storytellers in the 2020 “WE Live Here” West End Car Free Day audio tour series. He is the author of a number of books about the city includingVancouver after Dark: The Wild History of a City's Nightlife, winner of the Bill Duthie Booksellers' Choice Award (BC Book Prizes) in 2020; The Last Gang in Town, the story of Vancouver's Clark Park Gang; Liquor, Lust, and the Law, the story of Vancouver's Penthouse Nightclub; and Live at the Commodore, a history of the Commodore Ballroom. His forthcoming book Vancouver Vice is due for release this fall 2021. Chapman is a regular speaker about the history of the city, and has appeared on Global BC, CTV, CBC Radio Vancouver, CKNW, and a contributor to the Georgia Straight and Vancouver Courier. He lives in Vancouver and does not own a car. 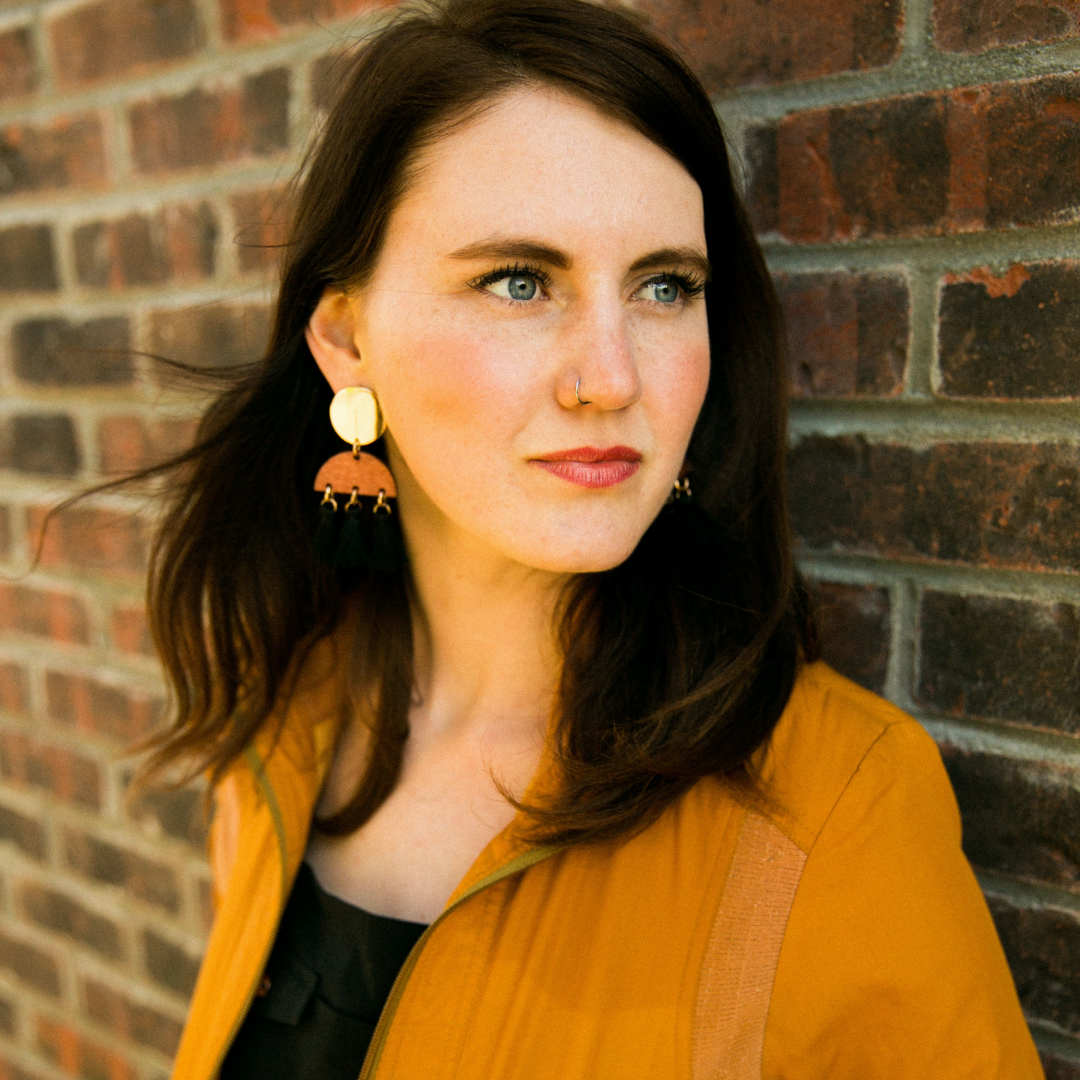 ALYSSA MARTENS is a Brazilian-Canadian writer, editor, literary arts educator, and creative placemaker dedicated to using the tools of creative writing and storytelling as catalysts for social change and climate action. From K-12 students to senior citizens, she equips groups of all ages to develop personal voice, write with confidence, and share their stories, opinions, and ideas for public audiences–on stage, on the page, and in public spaces. In recent years, she has taught creative writing with Sierra Club BC, Arts & Health, Megaphone Magazine, DAREarts, the Bolton Academy of Spoken Arts, and independently. She holds an MEd in Education for Sustainability from UBC, a BFA from Concordia University, and has always been interested in the art-shaped hole that literature helps to fill in social change and climate action movements. She is currently working on her first collection of poetry, and one of these poems is featured in her audio tour with us. 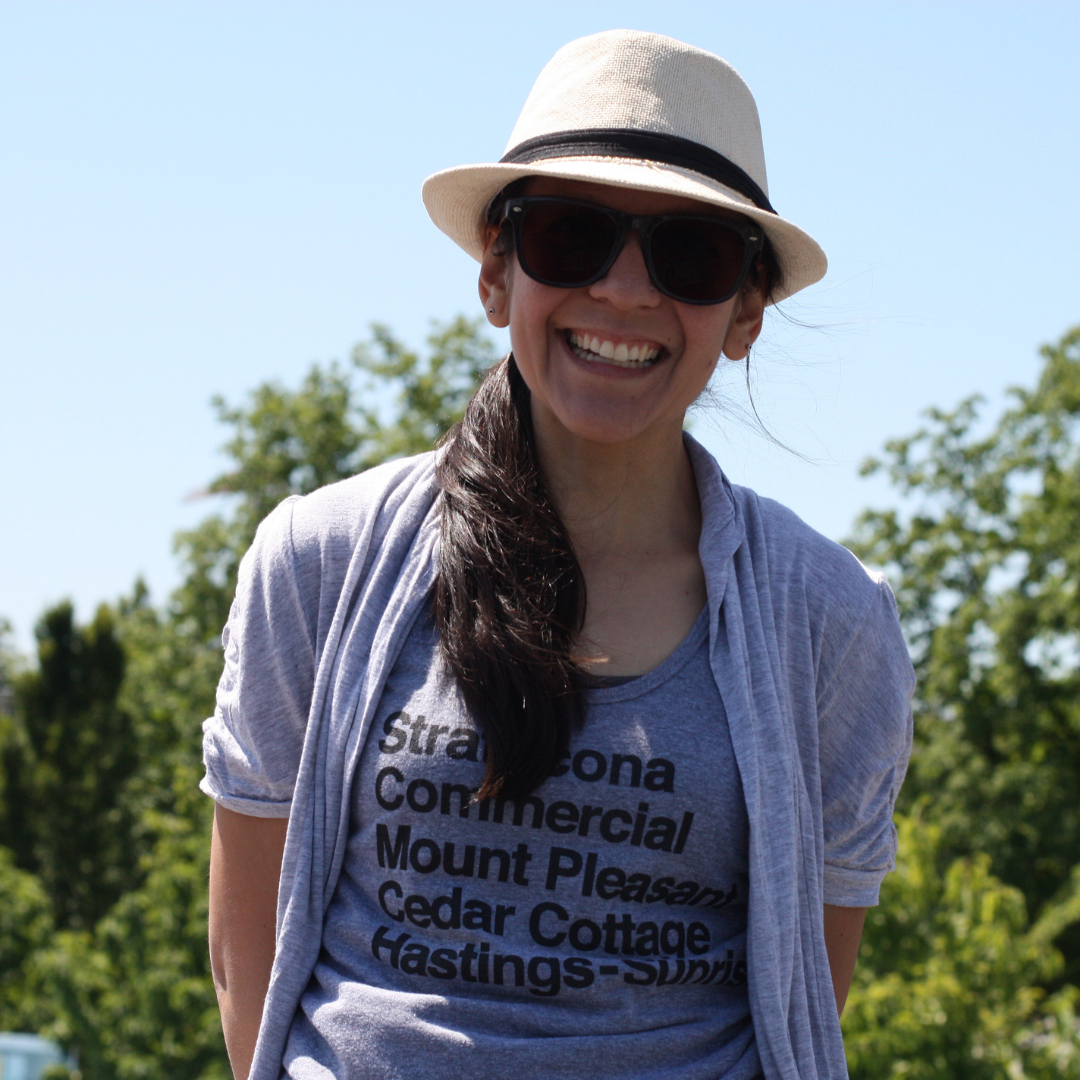 YAZMIN VAZQUEZ is a current resident of the Grandview Woodland neighbourhood. She lives just steps away from Commercial Drive near Commercial-Broadway Station. She has a background in education and family engagement and is passionate about creating experiences that inspire, foster creativity, and stir wonder within our community. Yazmin is originally from Mexico and enjoys exploring cities and cultures near and far through the people she meets on the streets. 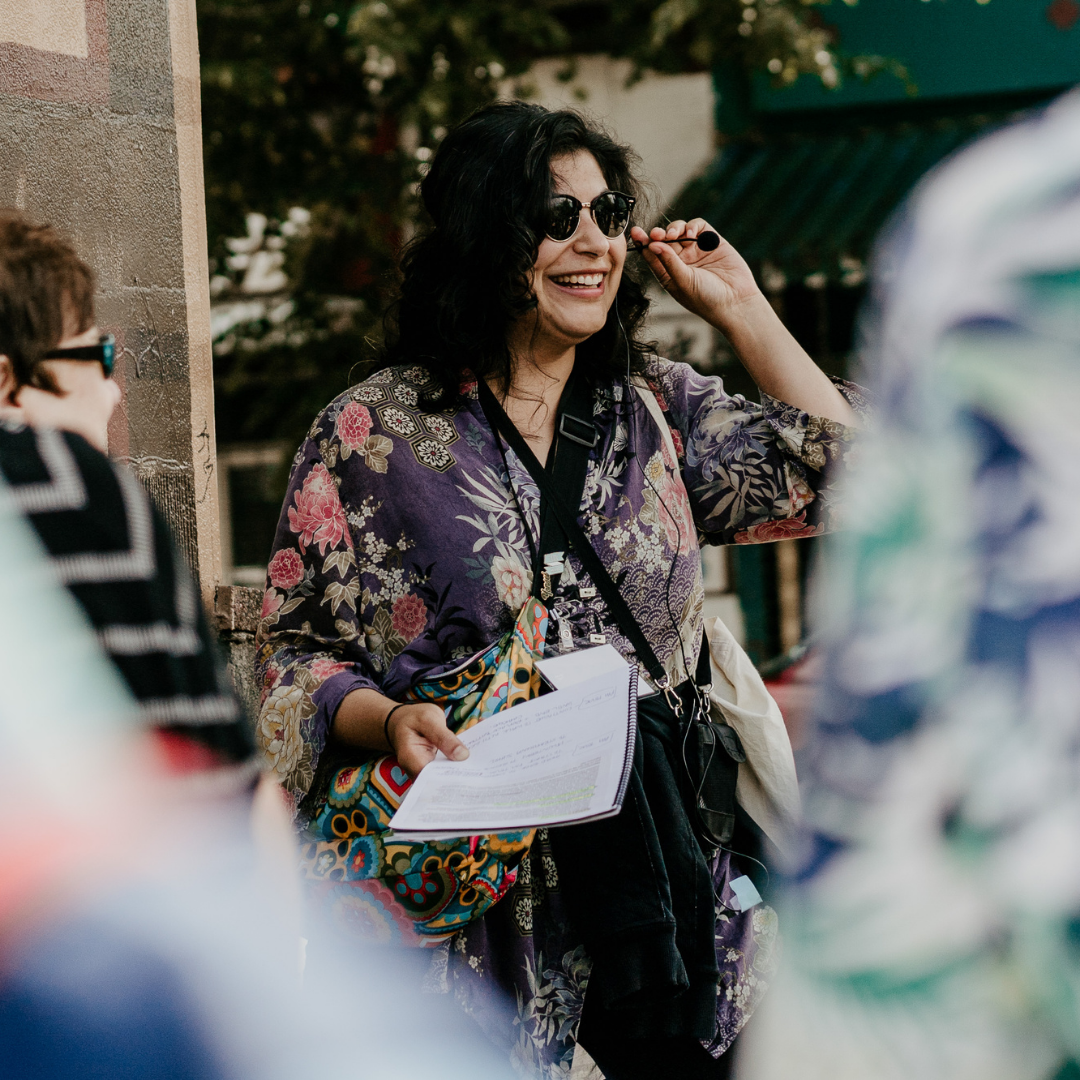 CARMEL TANAKA (she/her) is a queer 'Jewpanese' woman of colour from the west coast on the unceded territories of the Musqueam, Squamish, and Tsleil-Waututh peoples. Her mother is Ashkenazi Jewish and her father is Japanese Canadian. She is a community engagement professional and her leadership initiatives include: JQT Vancouver (a Jewish queer trans nonprofit @jqtvan); Genocide Prevention BC; and Cross Cultural Walking Tours (@crossculturaltours).

Find out more at www.carmeltanaka.ca 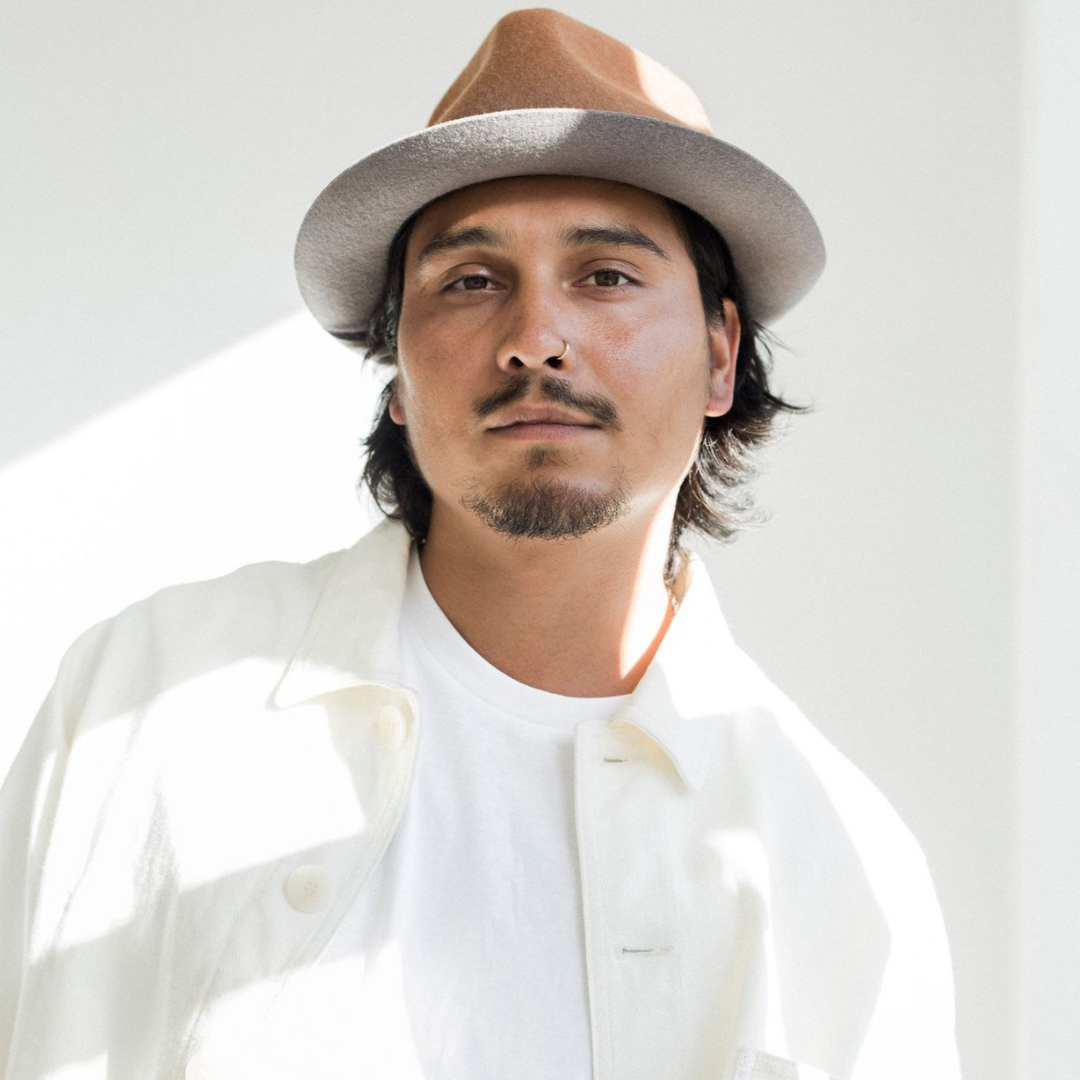 KAPOK is an emcee, songwriter, producer and beatmaker raised in the Strathcona neighborhood of east van. He has been creating music and performing shows for the past ten years with various band’s, producers and solo exhibits. Beginning as a youth rapping at open mic’s, park cyphers and festivals he quickly found a place within his community as a motivator and creative hub for others on the same journey. Drawing from his eclectic background and diverse influences he has crafted a sound of his own as a unique voice rising from adversity. Elements of jazz, rap, soul, and pop shine through for a truly enjoyable experience for a wide array of listeners. 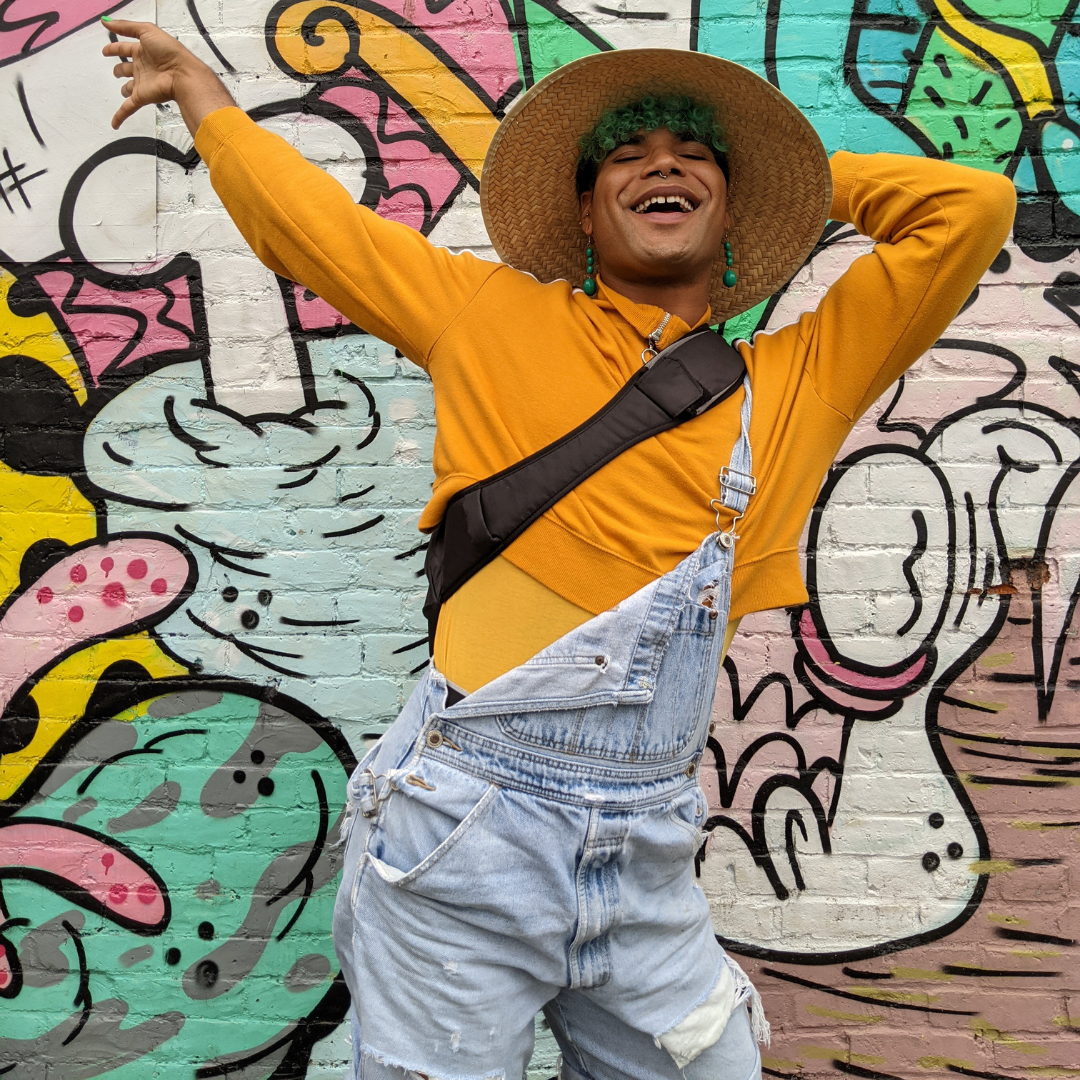 JAYLEN BASTOS (they/them) is an urban wildlife ecologist, animal behaviourist, educator and visual artist. They identify as non-binary, queer, black and latinx work to bring the intersections of their identity into their advocacy, education, and research throughout the city of Vancouver. Jaylen was born in Toronto, a city built on the lands of the Mississaugas of the Credit, the Anishnabeg, the Chippewa, the Haudenosaunee and the Wendat peoples. In 2015 they relocated to Vancouver, a city built on the unceded territories of the xʷməθkʷəy̓ əm (Musqueam), Sḵwx̱wú7mesh (Squamish), and sə̓ lílwətaʔɬ (Tsleil-Waututh) first nations. When they are not conducting their research into urban raccoon cognition Jaylen can be found back-up dancing for some of Vancouver’s local Drag Things, Kings and Queens, climbing at their local bouldering gym or eating at one of Vancouver’s many plant-based restaurants.

You can connect with Jaylen through social media @jaunting.jay on all platforms or through their website at Link: zoboomafoolish.com

Give Volunteer Spread the word